Victoria Snooker Ltd is now an official supplier for STAR tables in the United Kingdom, Europe and Middle East. 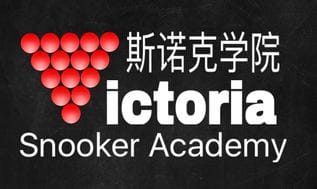 The company was established in 1987, and is the largest billiards equipment manufacturer in China, and the company has had a rapid development in the sports goods industry, and was highly appraised by the authorities.

In order for the company to survive and become the best among many other companies in the industry it has undergone a transitional change from a labour density company to a science and technology one.
In the year of 1990, the Company’s billiard table was approved by China National Sports Committee as the designated billiard table used by the National game.

In 1998 its “STAR” brand name was recognized by the Chinese national Industry bureau and the Chinese Trade Mark bureau.

In the same year the Company got ISO9002 approval and the table gained Gold awards in Sports Goods exhibitions both in 1998 and 2000, Its products are exported to America, Europe, Middle East, Australia, Japan, Russia & Hong Kong.

Together after months of planning designing and testing they have produced a magnificent table worthy of any stage. The table produced is from the” STAR” range and is appropriately named The “STAR” Tournament Table.

The table rapidly gained high acclaim from the worlds top professional players and has generated a lot of attention from within the Snooker industry.